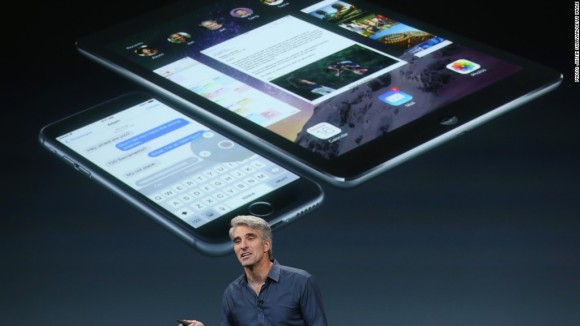 Remember when the iPad was the undisputed Future of Computing? Not that long ago, really, but since the summer of 2013, Apple has been on the defensive, trying to explain away plummeting sales and a shifting place in the consumer mind. Even the competition got caught up in mobile madness. Tablets were being advertised toe-to-toe with laptops and notebook computers, daring the larger “bulkier” machines to strike back. Well, apparently the honeymoon is over. At least for the iPad.

In some ways, the mobile pioneer is a victim of its own success. As tablets got smaller and sleeker, “phones” got bigger, with screen sizes almost rivaling the smaller tablet devices. Almost immediately, the market felt the glut. Too many products were overlapping in too many usage sectors.

People who felt ridiculous snapping photos with their iPads began to upgrade to Galaxies and iPhone 6 handsets. They compromised on size for a machine that offered more crossover appeal. After all, at some point, you really do need to make a phone call.

And Apple also faced fierce competition from other tablet makers. In a market that was once clearly “the iPad and everything else,” certain competitors rose to the top on merit alone. Then they sweetened the deal with low-cost deals and outright giveaways. Not even Apple can compete with “free.”

Nearly 9 million cellular customers bought new tablets for the first time in 2014. Mobile carriers, even those who continued to gleefully offer iPads, showcased other brands with scaled offers meant to push most consumers into Something Other than iPad. The result: iPad sales fell 15 percent. And the outlook isn’t getting any rosier. Market trends favor smartphone handsets over tablets.

Apple, true to form, is pushing back. Apple CEO Tim Cook defended the iPad, stating, correctly, that it remains the best-selling tablet every year since it was released. Cook also touted overall customer satisfaction and access to more apps. True and true, but those facts belie the market trends, and it will be interesting to see what Apple does when rhetoric is no longer enough to silence doubters.

HeraldPR is a NYC-based full service public relations, digital marketing, social media management, and website development firm. Founded in 2012, HeraldPR works with small businesses, startups, entrepreneurs, corporations, and individuals. Herald's team of professionals have extensive experience managing communications and digital marketing campaigns. We will work with you to develop a strategy specifically crafted to meet your needs and business goals. Our firm delivers big firm results. We are hands-on with every client and focus on increasing your brand's awareness, affecting your bottom line, and creating a lasting impression on your customers and target audience. Your goals and ours are aligned: bringing more traffic to your website & business, creating lasting customer relationships, and increasing your bottom line. We bring years of experience blended with a personalized touch, all geared to suit your needs. At Herald, we go above and beyond for all our clients.
%d bloggers like this: